Gerry Teekens: At The Helm Of Criss Cross Jazz

'I never tell them what and how to play; you can't force people to change their identity.'

Back in the heady jazz days of the '50s and '60s, independent jazz labels ruled the roost while offering a variety of jazz musicians the kind of carte blanch that would allow them to most truly express themselves in unfettered fashion. Be it Lester Koenig's Contemporary label on the West Coast or the legendary Blue Note imprimatur headed by Alfred Lion in New York, singular men of vision forged a vision and identity for these small labels that put artistic integrity and quality above such corporate ideals as quantity and the bottom line.

Those principles continue to be part and parcel of the operations of today's smaller labels, yet the model for so many of them over the past twenty years or so has been Criss Cross Jazz. Based in Holland and run by producer Gerry Teekens, the label has developed a strong following with its hard bop outlook and larger-than-life sonics. Considered by some as the new Blue Note, Criss Cross has developed a stable of players and a reputation for no-nonsense swinging. The label has a very active and healthy release schedule each year and the majority of its back catalog is readily available, a particularly important asset for those artists involved, as the shelf life of a major label release is indeed quite limited.

Recently, Gerry Teekens graciously responded to queries submitted to him by e-mail that shed light on his own personal musical tastes, his role as a producer, and the history of Criss Cross Jazz.

All About Jazz: When did you first become interested in American jazz?

Gerry Teekens: I think when I was about 12 years old. This was a time when jazz was very popular, even the girls in the street knew Kenton and Konitz. We had jazz bands for all the school festivities, so I started getting interested in the music and started buying 78s by the Dutch Swing College Band, Bob Crosby, Harry James, Meade Lux Lewis, and then LPs by Erroll Garner, J.A.T.P., Peterson, Blakey, Miles, Trane, Ornette, and all those records on Savoy, Prestige, Blue Note, Impulse, and Riverside.

AAJ: I remember someone telling me that you were a schoolteacher. When did you start up your label and decide to make a go of it?

GT: I've been a professional musician, a drummer, and had played all over Europe in the '60s. After that I was offered a job as a college professor teaching Germanistics. I did this for 25 years. During this period, I started bringing over musicians from the U.S. and organize tours for them in and around my vacations. [I brought in guys like] Jimmy Raney and son Doug Raney, Warne Marsh, Lee Konitz, Lou Levy, Teddy Edwards, and Allan Eager. I also organized concerts with Dexter Gordon and Johnny Griffin, Tete Montoliu with Albert Heath, Barney Wilen, and Peter Ind (Tristano's bassist) plus his group. Jimmy Raney was here several times and then Jimmy and I decided to record the band at the end of the tour. That's how the label started in 1981.

AAJ: Many of your first records featured elder statesmen, many of whom had difficulty getting their music recorded at the time. How did you go about deciding who you would record when you started out? 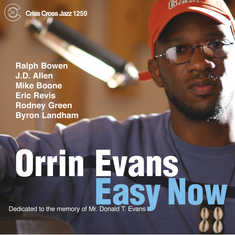 GT: The so called "elder statesmen" were the musicians I knew, mainly from records. I was mainly interested in "rare birds," great musicians in my opinion who were under-recorded or hardly recorded. I started out recording musicians who toured or lived in Europe like Johnny Coles, Clifford Jordan, Junior Cook etc. I'm not interested in the establishment.

AAJ: These days it seems like you have a great ear for younger artists deserving of wider recognition. How do you get word about those musicians who you might want to record?

GT: After a while I thought I should go to New York and record the musicians there. I could just form a band there with the best guys available. So during my stays in New York I met and heard a lot of great young instrumentalists who, in my opinion, should be recorded, which I then started to do. Also musicians already recorded by me mentioned the names of musicains who they thought were terrific. For instance Kirk Lightsey from Detroit told me about Kenny Garrett, also from Detroit, and I recorded him with Woody Shaw and Mulgrew Miller as sidemen. When musicians rave about a fellow musician, I take it seriously. The first couple of years I recorded at Rudy Van Gelder's studio because I really liked his sound. After that Max Bolleman did the recordings. Max is a drummer and friend of mine and I started my activities in his studio. 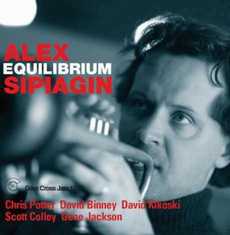 AAJ: You've also developed a stable of artists that have stayed with you for awhile, like John Swana and Walt Weiskopf. They have both spoken to me about how you have allowed them to record the music the way they want to. What do you feel the role of a producer should be?

GT: When I hear a guy I really like, I record him. Before the recording takes place, we talk over the phone a lot. They know the label, I tell them what I like, I know what they can do, and I'm never disappointed. I never tell them what and how to play; you can't force people to change their identity and they know their responsibilities. What else can I say, just listen to the results. These are all real jazz records.

AAJ: When I've talked with fans of the Criss Cross label, they speak of a real identity in terms of the cover graphics and sound quality. Was that something you conciously set out to do while building your catalog?

GT: I believe in consistency. When I give a musician his first date, I record him again, also as a sideman. It doesn't make sense to do just one date, I like to see them develop. The same applies for the recording engineer and the studio. Once you have a sound you like, you shouldn't change.

AAJ: Most of your catalog is currently available. Do you still get demand for even the older titles?

GT: Indeed, most of the catalog is still available and even the older titles still sell. This artform, in my opinion, is not depending on trends. Great music is and will be great forever. As for me, I still listen to Johnny Hodges and Don Byas too.

AAJ: Do your discs sell better in the United States or in Europe and Asia? 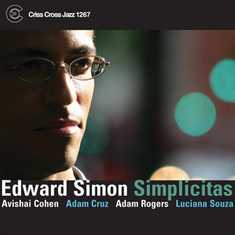 GT: It depends, because every country has its preferences. European musicians sell better here, but in Japan they like piano trios.

AAJ: How hard is it to market your discs in the United States when you have limited resources in terms of publicity, etc.?

GT: The States are indeed difficult for a non-U.S. label, not withstanding the fact that I have great American musicians.

AAJ: Compared to other small independent labels, you seem to have developed a large catalog with an ambitious number of releases coming out each year. Furthermore, while many small labels have come and gone, you're still out there doing it. To what do you attribute your success?

GT: I'm still here, because I go for this music!

All Criss Cross reviews at AAJ.