Since he emigrated to the United States from Russia in 1991, Alex Sipiagin has earned an exalted international reputation as a no-technical-limits improvisor, sustaining a gorgeous sound throughout the trumpet’s registral range, navigating harmonic and rhythmic complexity with precision, passion, and abiding lyricism. Most of Sipiagin’s 12 previous albums for Criss Cross also showcase his contrapuntal, harmonically comprehensive compositions, full of interesting melodic twists and turns. On them, he projects the same voice that he improvises with but written out for more instruments.

The project gestated after the 2016 release of Moments Captured (Criss 1395), when Criss Cross founder Gerry Teekens suggested that Sipiagin record a standards album. Before a contract could be executed, Teekens passed away in 2019. When his son, Jerry Teekens, Jr, reestablished the label, Sipiagin recorded Swing On This (Criss 1406), the fifth Criss Cross date by Opus 5, the cooperative quintet in which he interacts with tenor saxophonist Seamus Blake, pianist David Kikoski, bassist Boris Kozlov, and drummer Donald Edwards, all Criss Cross leaders and alumni of the Mingus Big Band. He took advantage of that occasion to remind Teekens fils of the standards project, and received a go-ahead. 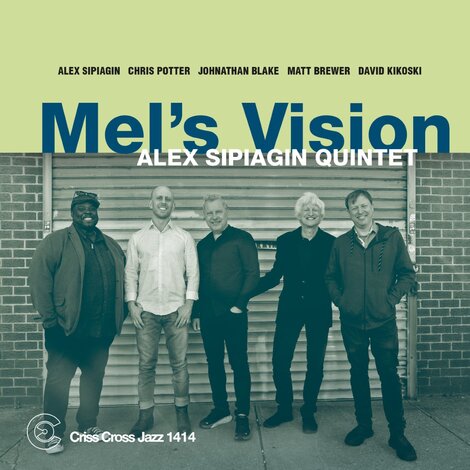