An intriguing element of Michael Feinberg’s superb Criss Cross debut is that the leader could easily have titled it “Bassist In The Background” (Fans of Duke Ellington’s wonderful 1960 LP "Pianist In The Background" will know what I mean). Throughout Blues Variant – which includes six tunefully percolating originals by Feinberg, one by tenor saxophonist Noah Preminger, and one by pianist Leo Genovese – the 35-year-old bass maestro hews to the mantra, “If you want to hear me solo, come to a gig, where I often play a solo on every tune”.

“I’m serving the music,” Feinberg continues. “What I appreciate about a bass player is how they make the other people in the band sound. I love hearing the soloistic abilities of Christian McBride, John Patitucci, Dave Holland and the people I idolize, but they’re amazing because, when they play, it feels incredible and they push their bandmates to be the best versions of themselves or go beyond what they think they can do.” As another example, Feinberg mentions Jimmy Garrison, who triangulated between McCoy Tyner and Elvin Jones with the “spiritually transcendent” John Coltrane Quartet between 1961 and 1965. “He rarely plays a solo, but you don’t get the Coltrane quartet with anyone else. So I don’t care about the solos, or being on top of the mix to indicate ‘this is a bass player’s record.’ I play a ton of notes. I’m playing the whole time. Can’t miss it.”

Feinberg’s remarks on the Garrison effect carry a certain gravitas; since the early 2010s, when he did The Elvin Jones Project, he’s delved into Coltrane’s repertoire on its own terms of engagement on numerous gigs, most of them featuring Preminger playing tenor saxophone and Ian Froman on drums. On the pan-stylistic Blues Variant, he connects with the spirit of the great drum griot via the presence on three intense selections of Elvin alumnus Dave Liebman, Preminger’s teacher during student years. who has often employed Froman. Feinberg’s introduction to Liebman’s singular sound was Earth Jones, a 1982 Elvin-led release with Liebman, trumpeter Terumaso Hino, pianist Kenny Kirkland and bassist George Mraz. “I know every note of it,” Feinberg says. “I’ve been a fan of Dave’s playing for a long time.” 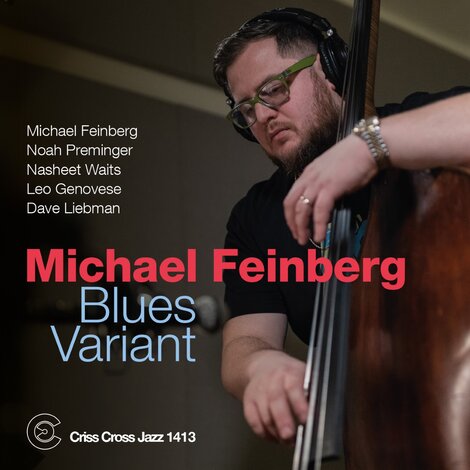