2013 Grammy-nominated pianist and composer Manuel Valera is a 34-year-old powerhouse who has taken New York by storm since relocating there from his native Cuba in 2000. Having worked with many of today's finest artists in the genre of Afro Cuban jazz, Valera made his Criss Cross debut on Brian Lynch's Conclave Vol. 2 (Criss 1331 CD)

Valera's maiden voyage for Criss Cross features his band, New Cuban Express, on a selection of originals that cover a good deal of ground, touching on both Latin and swing sensibilities.

His strongest set as leader, Valera's In Motion marks the pianist and composer as a major talent on the rise. 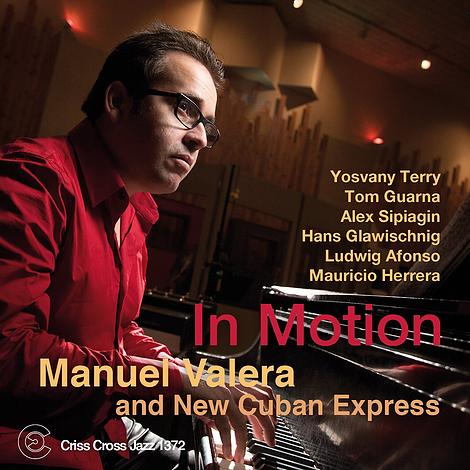