For his sixth Criss Cross release, trumpeter Alex Sipiagin focuses more heavily on his own writing than on 2005's RETURNING. Clearly rooted in the jazz tradition, Sipiagin's compositions continue to evolve his distinctly modernistic approach to harmony, meter and form.

The ever-inventive and ever-supportive bassist Scott Colley is back from RETURNING, as is drummer Antonio Sanchez, who continues to demonstrate a remarkable ability to combine elasticity, reponsiveness and groove.
Pianist David Kikoski, a longtime collaborator, broadens the textural palette through his use of the Fender Rhodes on selected tracks, while ubiquitous saxophonist Chris Potter adds both passion and elegance.

Eminently approachable despite their inherent depth and complexity, Sipiagin's five compositions remain as focused and lyrical as his playing. Sipiagin reinvents Thelonious Monk's Epistrophy and Bill Evans' rarely covered Orbit (Unless It's You), both seamlessly fitting within his musical universe while remaining true to their essence.

PRINTS is a definitive statement from an artist whose star continues to rise. 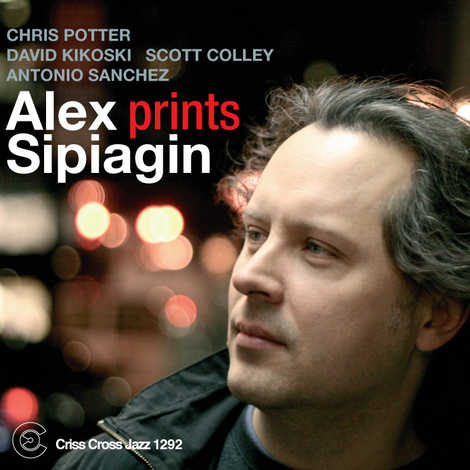